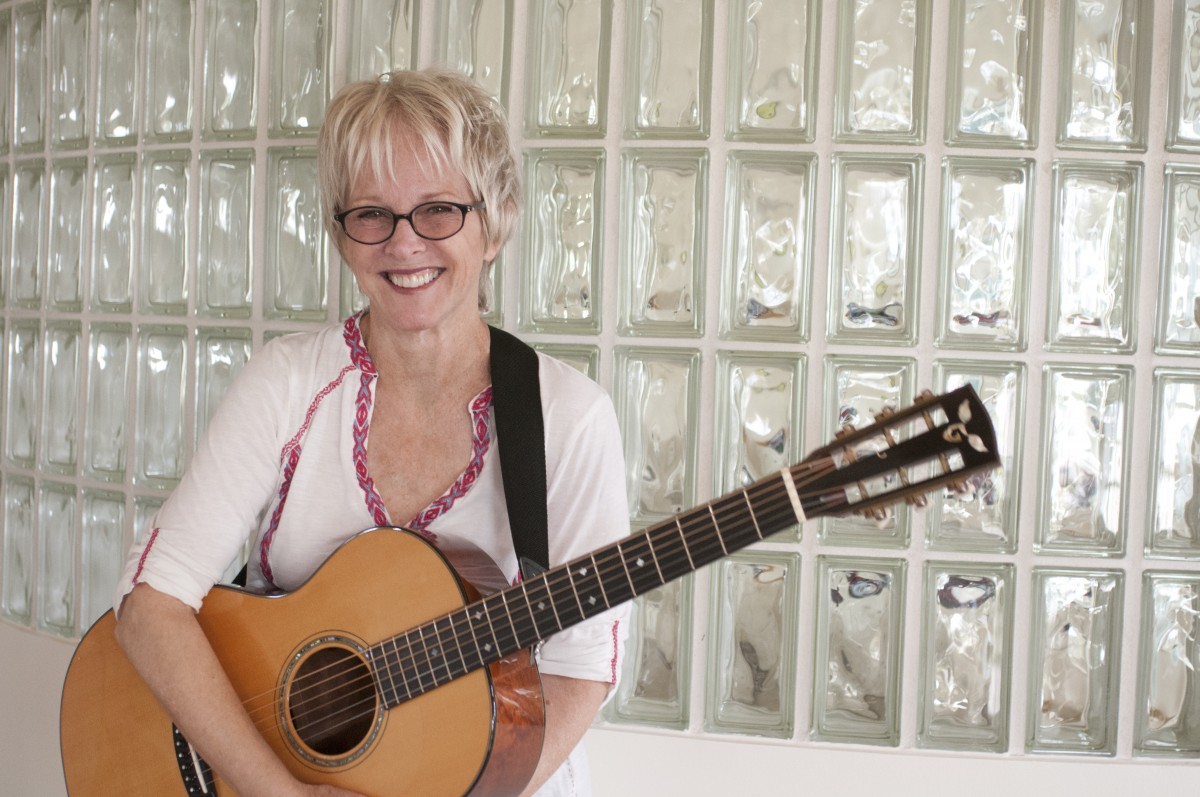 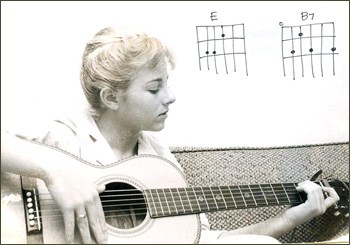 Tracy Newman grew up in Los Angeles. She started playing guitar at 14, usually sitting on the diving board of her family’s pool, strumming for hours each day. Back then she was mostly influenced by the Kingston Trio, because she could actually play some of their songs, especially “Tom Dooley” which had, and still has, only two chords.

After high school, Tracy wanted to be a folksinger, but her parents insisted she go to college. She went to the U of A in Tucson and quickly discovered the “folk” community. She stopped attending college and began playing on street corners for money, otherwise known as “busking.” Understandably, this freaked out her mother who flew to Tucson and dragged Tracy back to LA for “help.” The therapist, an elderly man in a suit and tie, kept nodding off during the sessions. Apparently, he couldn’t relate to an upper middle class teenage girl who just wanted to be a folksinger. It’s taken Tracy a while to get back to her dream.

In the early 70s, she joined an improv class taught by Gary Austin, which soon became The Groundlings. Tracy is a founding member, and besides performing, she taught and directed. Her sister, Laraine Newman was the first Groundling to be discovered there by Lorne Michaels for Saturday Night Live. Some other Groundling alumni include: Melissa McCarthy, Will Ferrell, Kristen Wiig, Paul “Pee Wee Herman” Reubens and Kathy Griffin.

It was at the Groundlings that Tracy met her future TV writing partner, Jonathan Stark. Their first staff job was on “Cheers,” followed by “Bob”(Bob Newhart), “The Nanny,” “Ellen” and “The Drew Carey Show.” In 1997, Newman and Stark won an Emmy and Peabody Award for writing the groundbreaking “coming out” episode of “Ellen.” In 2001, they created the ABC comedy, “According to Jim,” which ran for eight seasons.

Tracy had been writing songs all along, many of which were featured in TV shows. She’s once again writing full-time and occasionally performing. Her debut CD, A Place in the Sun, is still a favorite with young and old alike. The title track on her CD, I Just See You, highlights the beauty of a long-term relationship and is a music video on YouTube. Her children’s CD/coloring book, I Can Swing Forever, is a collaboration with her daughter, writer/artist Charlotte Dean. That’s What Love Can Do To Your Heart, her latest release, debuted January 2018.

Where to next? Learn more about Tracy’s award-winning career …

Run Along Home Songs for Kids

Stay in tune with all things Tracy Newman!  E-news, gigs, interviews and more …

Read the E-News Archive and catch up on what you’ve missed!